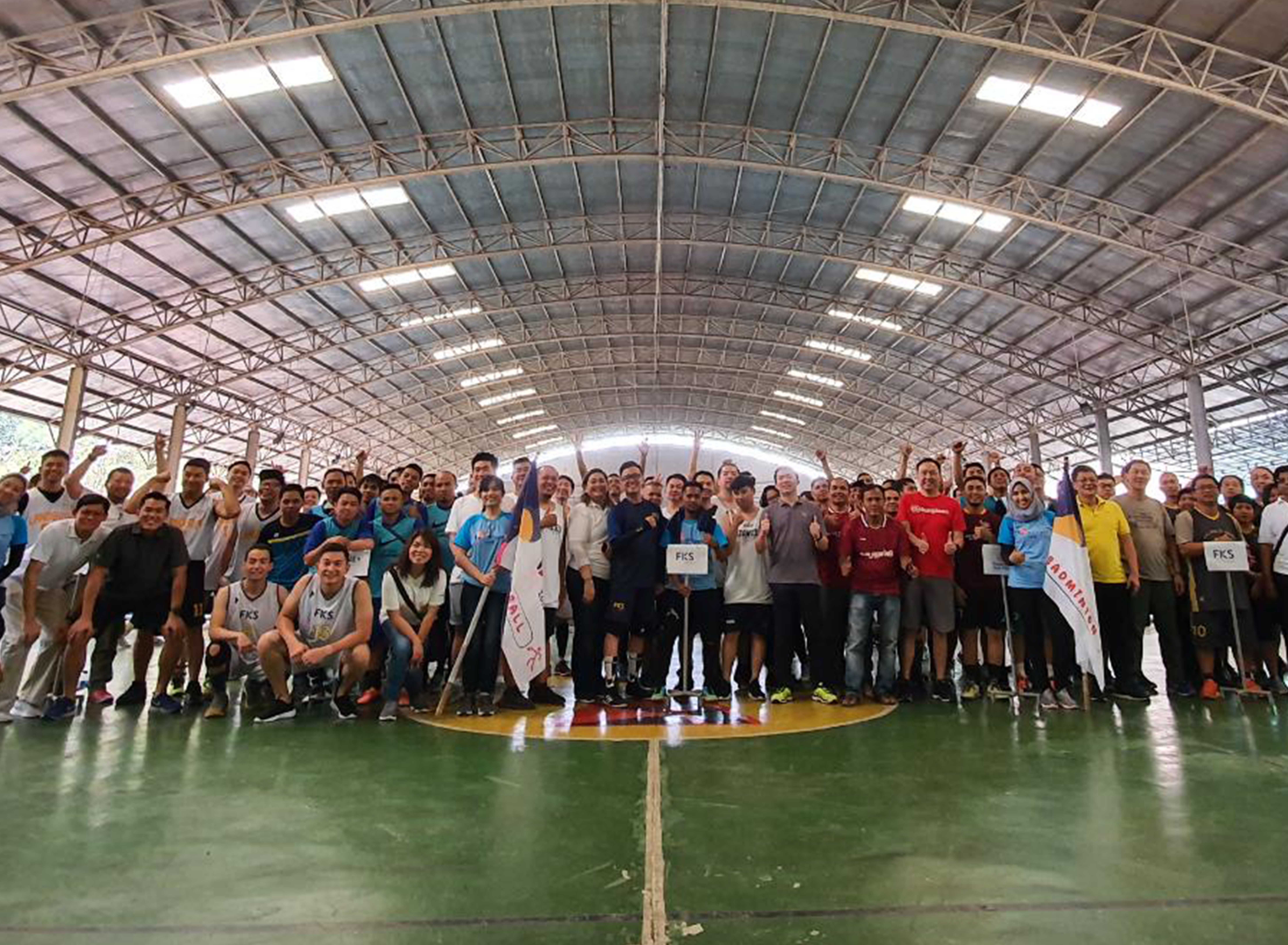 FKS Group, together with all its business units domiciled in Jabodetabek and Cilegon area held the 2nd FKS Olympic this year which aims not only to strengthen the togetherness between employees and top management, but also to remind ourselves to live a healthy life. The event took place at the Krakatau Sport Club, Saturday, 24 August 2019.

The event, which was attended by more than 1000 employees and their families, was also enlivened with Bazaar activities aimed specifically to introduce the employees’ family personal businesses. This was an effort made by the company in supporting the welfare of its employees both inside and outside the work environment, also to show how the company live its Caring value.

In addition, all employees were also invited to play together in the Culture Festival tent where in every game, each employee was reminded of the company’s important values, FKS Way, in a unique and fun way.